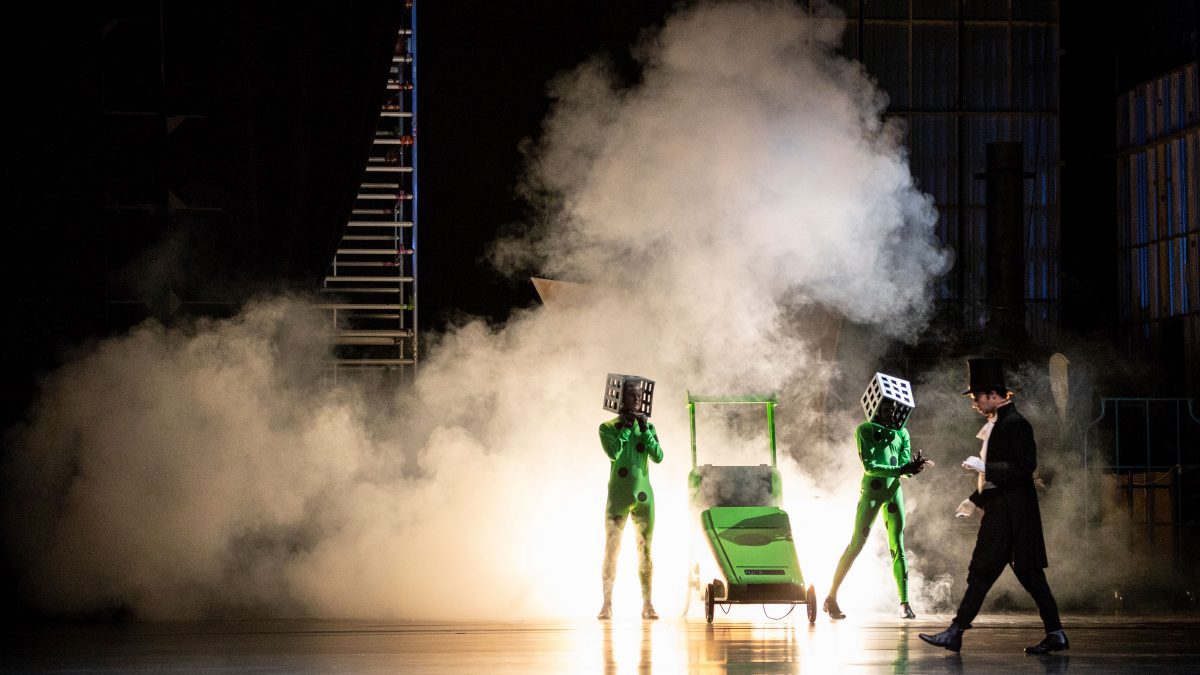 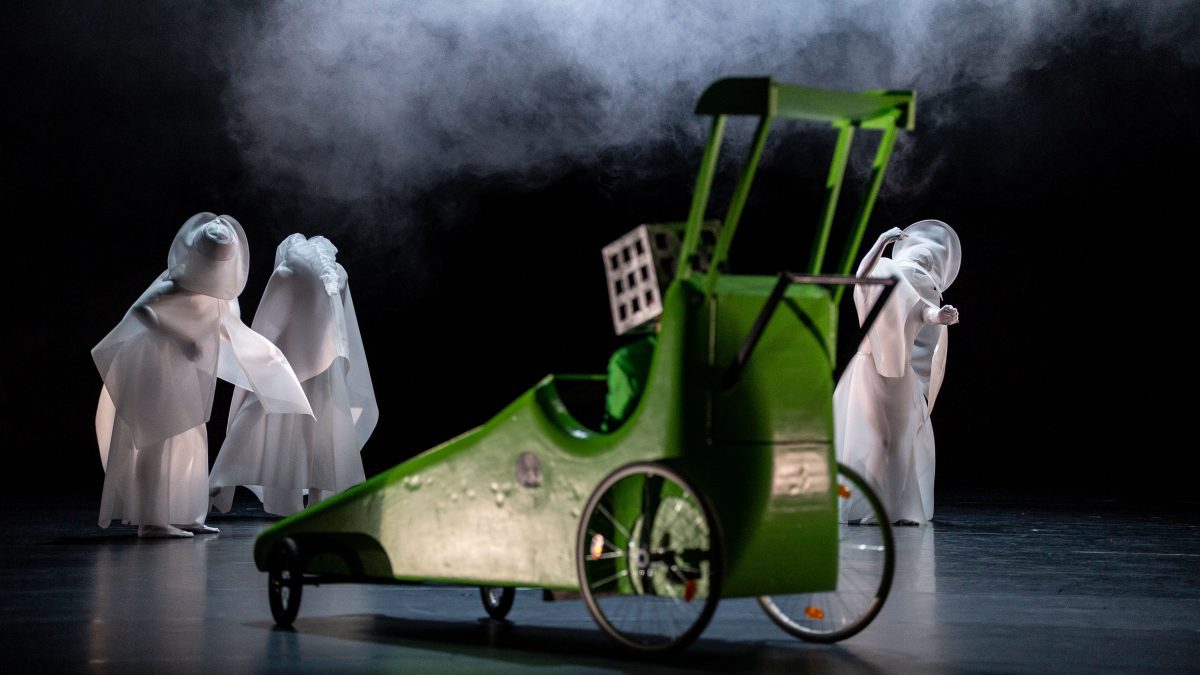 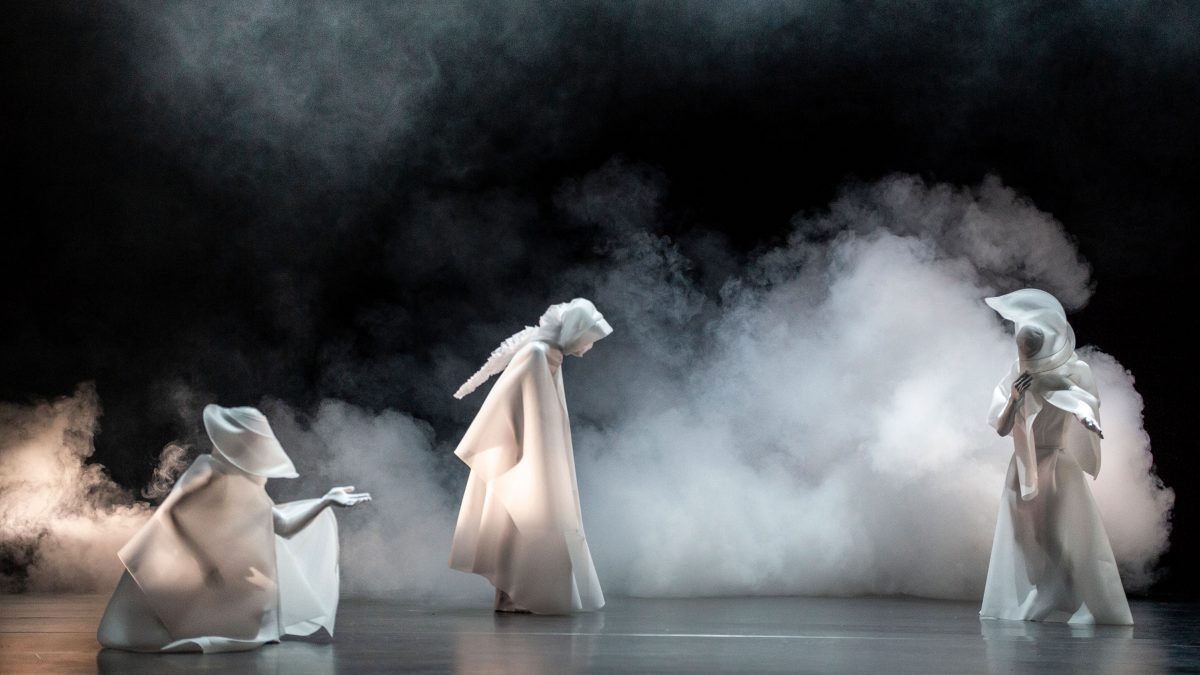 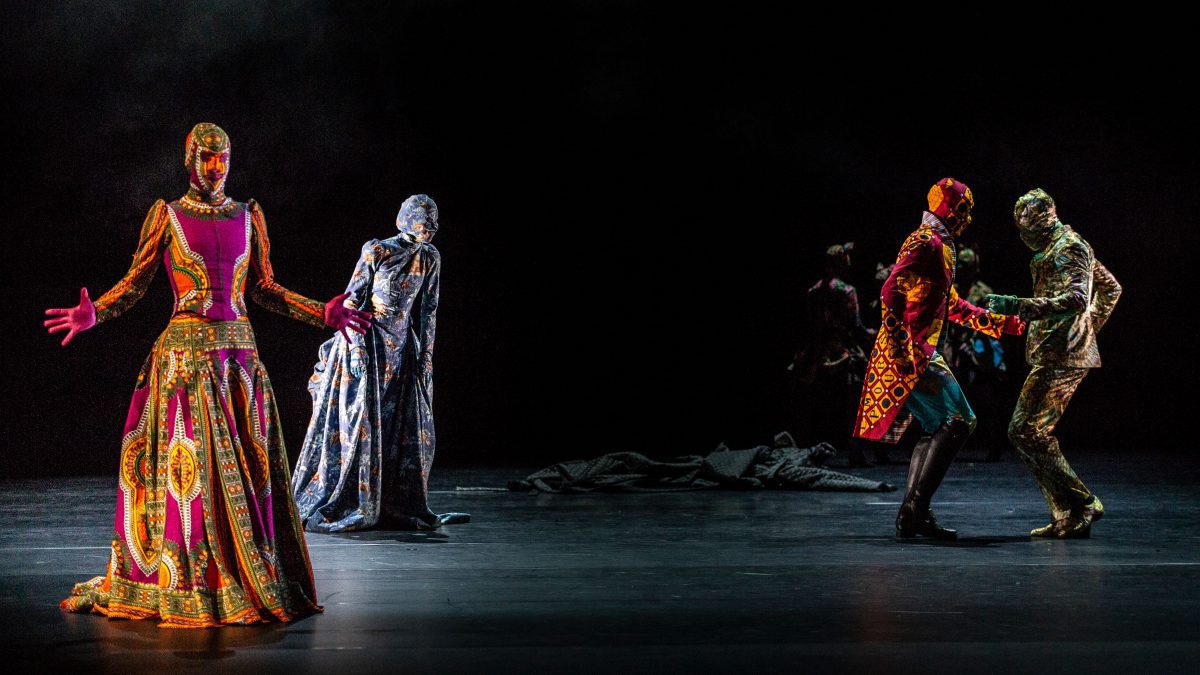 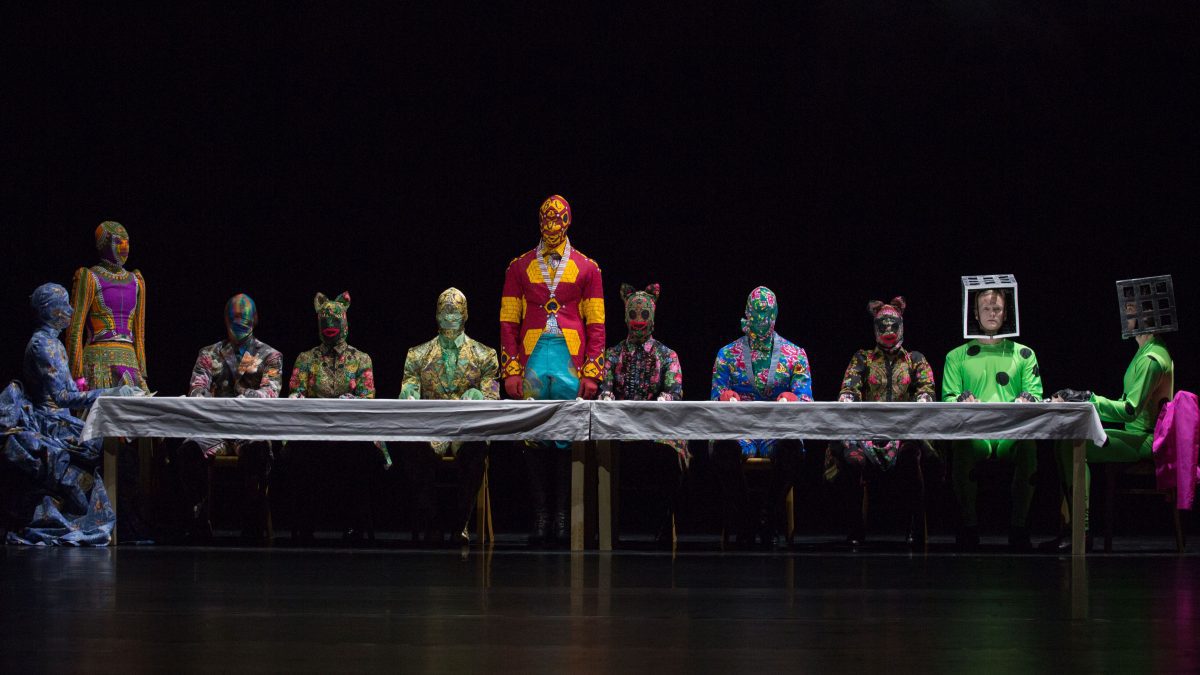 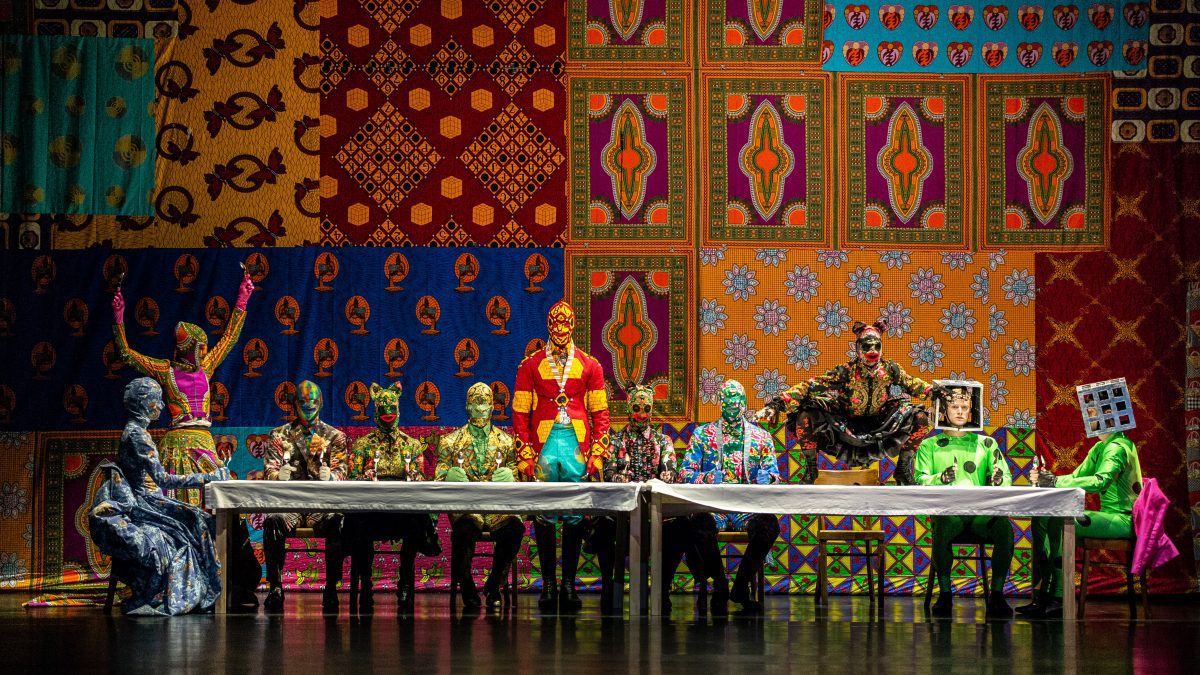 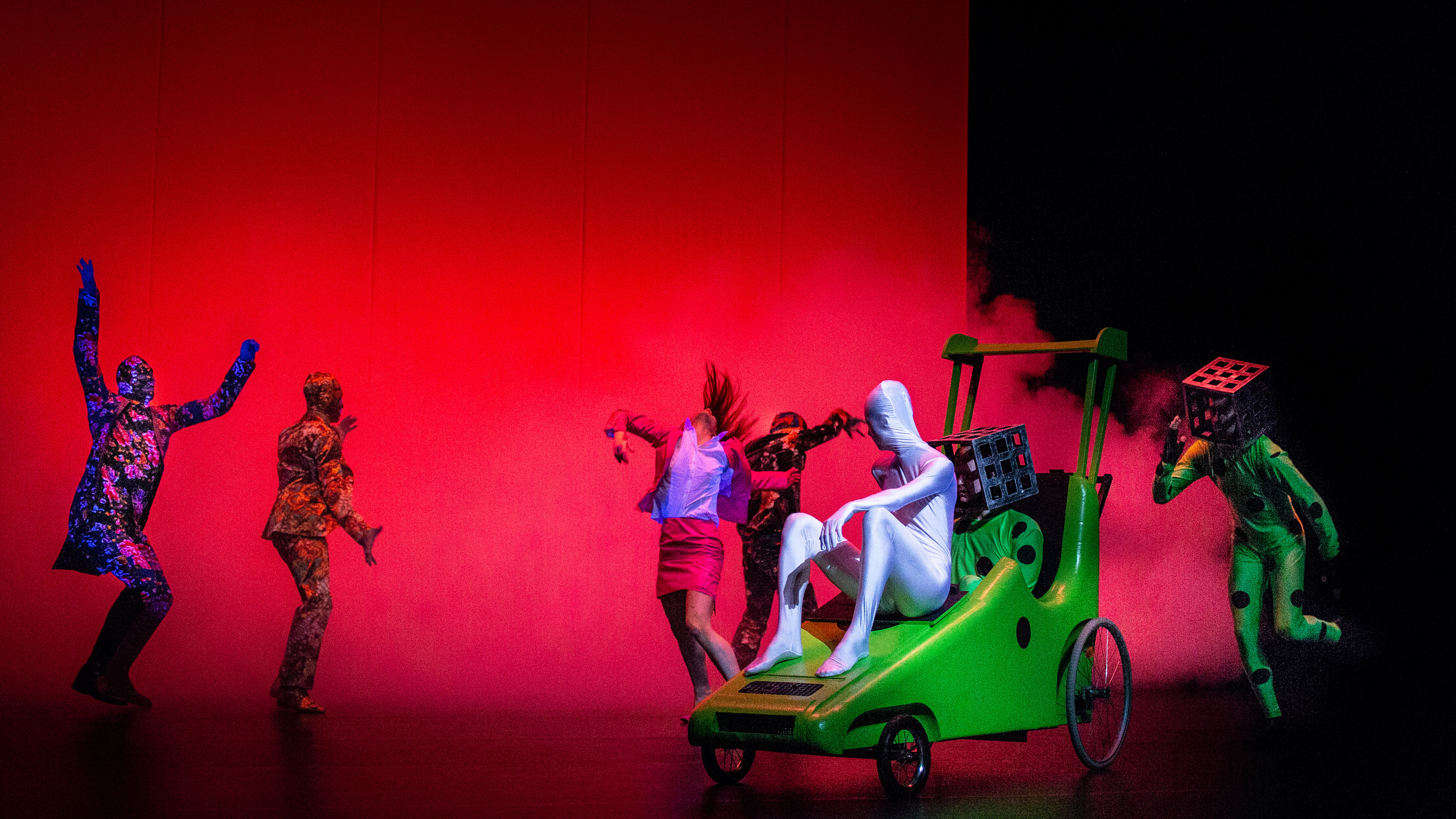 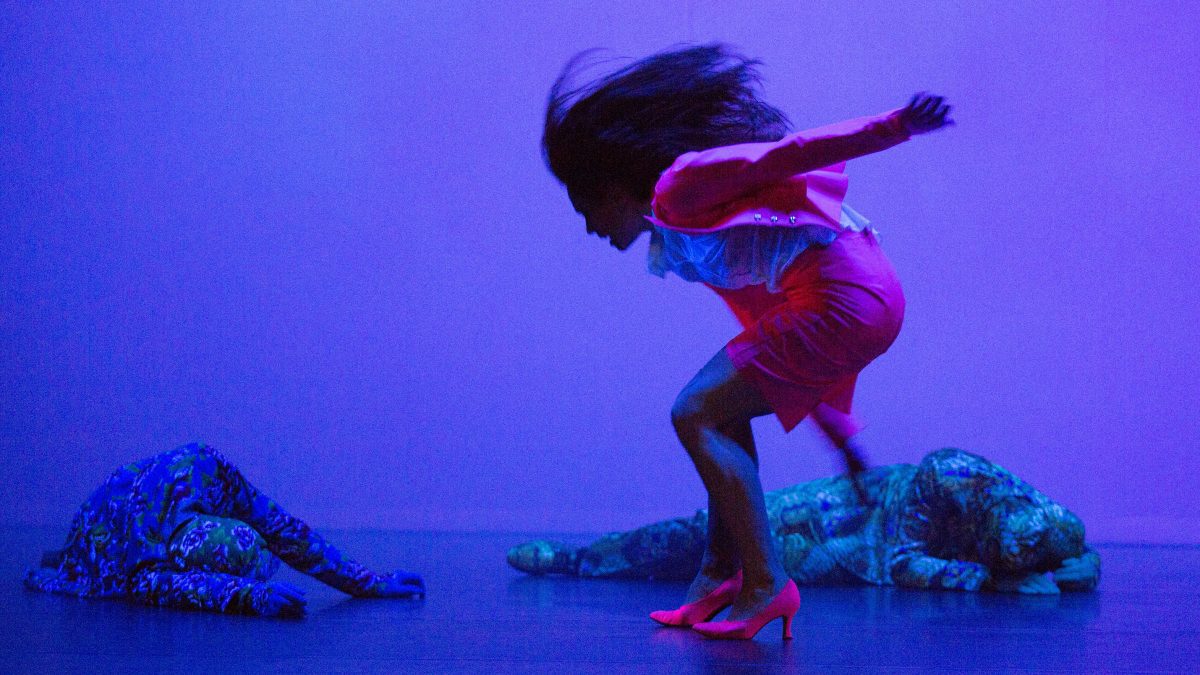 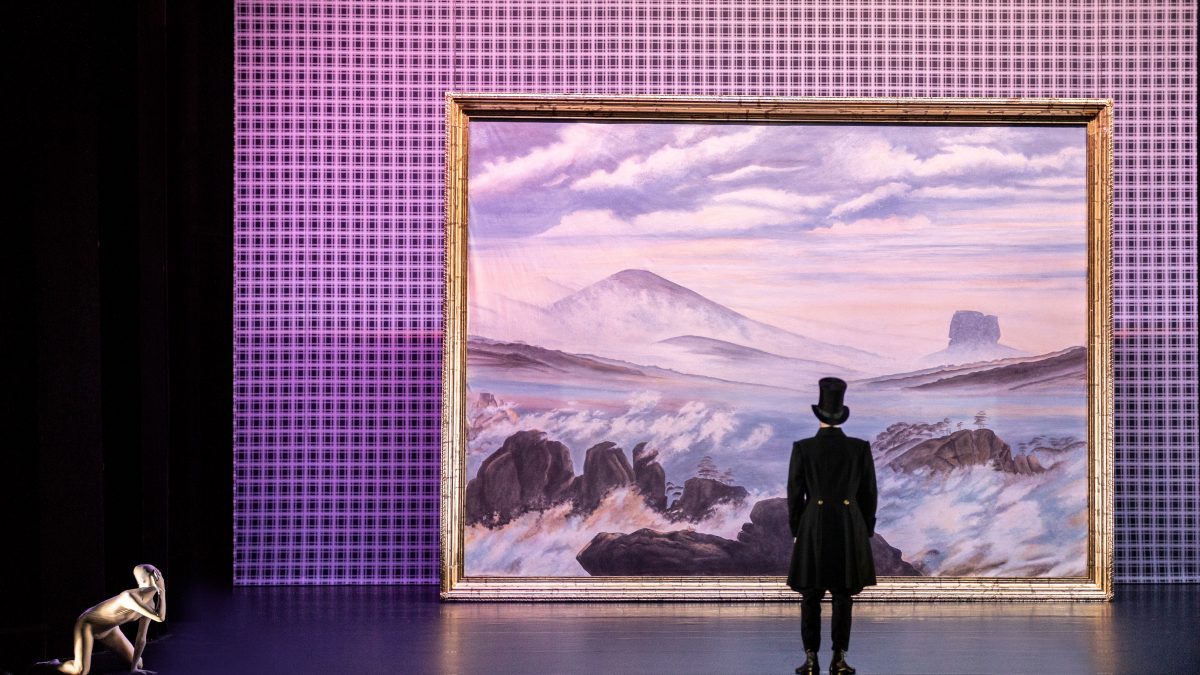 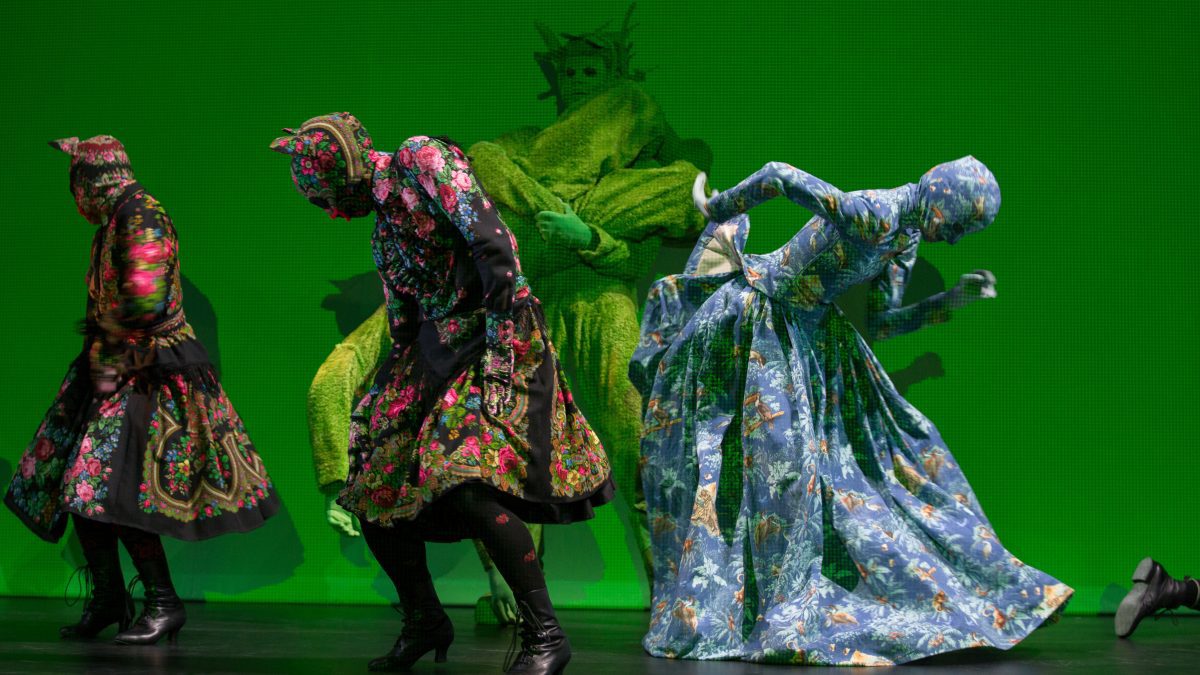 An intense process
about questions of
perception,
creativity and
beauty

Dancers merge into their surroundings or suddenly detach themselves from them in estrangement. They become protagonists within familiar images or allow their individuality to disappear inside their costumes. They gather around a giant table for what is by no means an everyday meal. Their trained bodies repeatedly collapse in on themselves as if they had lost all control and their muscles had lost all their strength while one of them moves around the stage in circles and allows us to be part of an apparently endless “stream” of thoughts in a kind of livestream from his consciousness. Through a series of settings, the stage gradually decreases in size. As the space gets smaller and smaller, the action becomes ever more concentrated. Familiar images, scenery, patterns of behaviour and movement open up new associations by being transposed into unfamiliar surroundings and our perceptions start to shift.

By inviting him to create a piece of his own for the Ballett am Rhein, this unconventional collaboration has been developed between one of the greatest German ballet companies and the Düsseldorf-based artist. What emerges is an investigation of a situation where dancers find themselves in surrounding created by Ben J. Riepe, either as human beings, as bodies, as living sculptures or as objects. In his own unique movement vocabulary between dance, performance and the visual arts – and using techniques such as homage, piracy, parody and mimicry – he creates a world of nuanced movement images behind whose direct emotional effect an intensive process unfolds through questions of perception but also creativity and beauty. A leap into the unknown in search of the real.