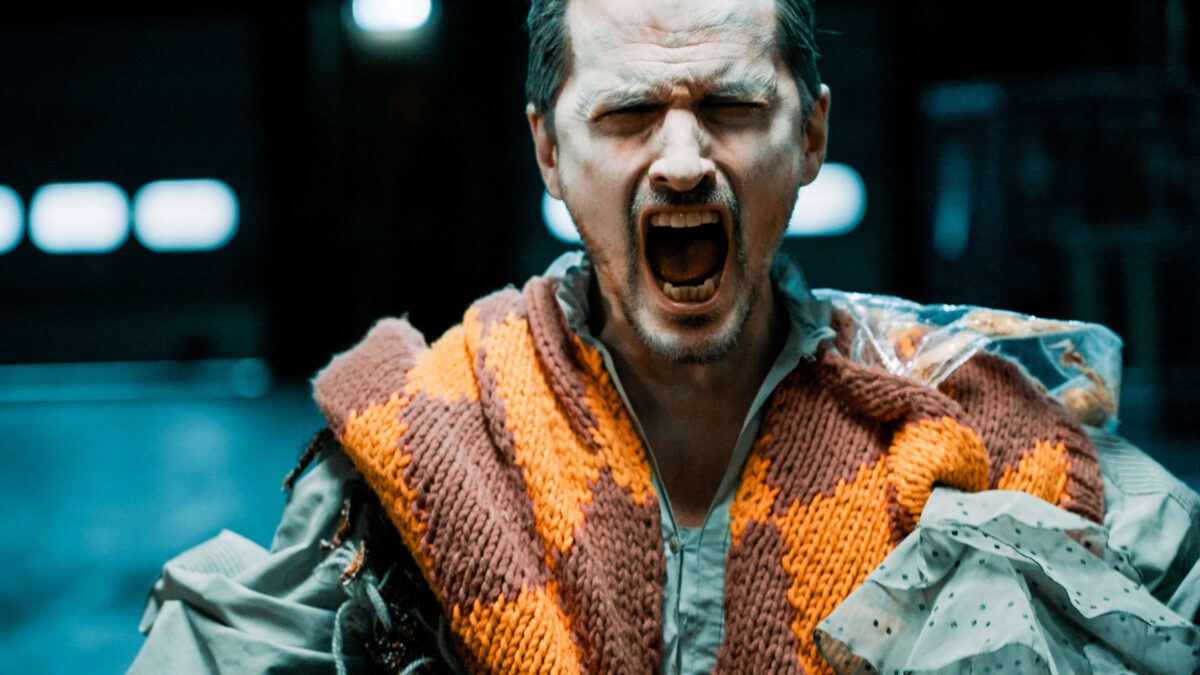 Musical theatre project Beginn sees its premiere at the Hanover Orangerie Herrenhausen on Thursday, March 31st, 2022.  Beginn is the second part within the “NEUN” project by Berlin soloist ensemble Kaleidoskop, HELLERAU – European Centre for the Arts and the Staatsoper Hannover, with support lent by the Doppelpass Fonds of the German Federal Cultural Foundation. Following the invitations issued by the project partners, Düsseldorf choreographer Ben J. Riepe, whose performances are being presented internationally, took over directorial and choreographic duties for the musical theatre project which joins members from the State Orchestra of Lower Saxony as well as from Kaleidoskop to form a temporary ensemble. In Beginn, they will not only appear on stage together as musicians for a new creation by Icelandic composer Bára Gisladottir, but they will also become the performance’s protagonists. Ben J. Riepe, with the 12 acting soloists in all, approaches socially virulent questions of our times, caught in the tensions of the pandemic and the climate crisis: What defines our cultural society? What could a new beginning look like, and what do we carry with us from our old world to think a new one? What knowledge and which memories – be they social or very personal in nature – are indispensable as a living archive and as the basis for the beginning of a new era?

Ben J. Riepe develops a sort of terra incognita within the vast stage space in Beginn, in which the performers come across as being marooned: Are they the landing party belonging to an arctic expedition, survivors of the last ark, or dropouts on a lonely island at the end of the world? The actors* and actresses* in their strangely eclectic costumes seem to have left civilisation as we knew it behind anyway, yet they are nevertheless conjuring up old recollections and a new community when they survey the stage as uncharted territory, share images from the past, remember poems and talk in their various mother tongues, or when they philosophise entertainingly about medicinal herbs, chicken breeding, or magic mushrooms. The “Ode to Joy” from Beethoven’s Ninth Symphony, being the starting point for the undertaking, remains present as “joy” is being evoked on stage through changing emotions between ecstasy and desperation. Ten multifunctional crates with alternating, precious contents serve as supremely variable stage elements that form a haven in one moment and a wall in the next. The promise of a new epoch also sonorously suffuses Bára Gisladottir’s composition: Sometimes entwined with tender chants, waves of new crescendi evoke a turning of the times that could bring peace as well as chaos with it. A new beginning one could fear – but which could also be hoped for.

Following the premiere at the Orangerie Herrenhausen on March 31st and follow-up performances on April 1st, 2nd, and 3rd, the production will journey to HELLERAU – European Centre for the Arts in Dresden on October 7th and 8th of the year, and it will additionally be shown in Kaunas, Lithuania, as part of the programming of the European Capital of Culture “Kaunas 2022”, most likely on October 14th and 15th.

“‘Beginn’ is dedicated to two massive human crises – the pandemic and the climate crisis – as regards its content, and it has also been conceived within this tension,” Ben J. Riepe explains, “as, during our rehearsal process, yet another turning point of our era was added with the war in Ukraine, casting new light on the questions for a new beginning yet again. The images we see daily will, of course, potentially carry new associative spaces with them for the audiences.”

Beginn marks the second part of the co-operational project NEUN by soloist ensemble Kaleidoskop with HELLERAU – European Centre for the Arts and the Hanover State Opera, with support from the Fonds Doppelpass of the German Federal Cultural Foundation.