Ben J. Riepe is a choreographer and visual artist as well as artistic director of both Ben. J. Riepe Company with its eight-person back-office team and production-related four to ten performers, as well as of the FREIRAUM, which he conceived in 2018 (opening in 2020) as an interdisciplinary, collaborative conceptual and working space for the arts and sciences. Ben works on live productions and (digital) projects in Düsseldorf, nation-wide as well as internationally and has been awarded for his work multiple times .
Ben’s detailed bio with all contexts and artistic focuses can be found here

Nassrah-Alexia Denif studied communication and media sciences as well as English and linguistics at the Heinrich Heine University in Düsseldorf. During her studies, she worked in PR for various music and cultural festivals, and as a press officer and assistant ballet dramaturg at the Oper am Rhein, where she subsequently took over the communications of the Friends of the Opera during her studies. After graduating (M.A.), she completed a traineeship as PR editor at a cultural PR agency and then took over as head of the press and public relations department at the Heilbronn Theatre. In 2008, she started working at PACT Zollverein in Essen, Choreographisches Zentrum NRW, as head of the communications department for over a decade. In summer 2019, Nassrah took over as Head of Communications and Strategic Management for Ben J. Riepe and the Ben J. Riepe Company, and also serves in these capacities for FREIRAUM, which has been operated by the Ben J. Riepe Company since 2020. In 2014, Nassrah was named by the media portal newsroom.de as one of “The 500” – relevant makers in the media industry and regularly gives workshops and lectures on PR and communication topics in the cultural sector, e.g. for the Goethe-Institut or the tanzmesse nrw. Together with Ben, she conceived the “School of Experience”, first implemented in 2021, a mediation format by and for students from various faculties and universities in NRW.
Management und Kommunikation
nassrah@benjriepe.com
+49 (0)211 980 77 141

Izaskun Abrego danced for over two decades in V.A. Wölfl’s company “Neuer Tanz” (New Dance) and toured worldwide with it before she took over the administration at the BJRK in 2012 (?). Since then she has continued to develop and expand the company together with Ben. Since 2020, in addition to her administrative duties, she has also been responsible for the overall coordination of all projects and productions of the BJR team. She was a long-time member of the residency jury at PACT Zollverein and was elected XY to the board of the association XY (what is its name exactly??).
In addition, Izaskun occasionally appears on stage as a performer herself in Ben’s work, such as in the production “Creature” (2020).
Artistic Office and Administration
izaskun@benjriepe.com
+49 (0)211 980 77 141

Jessica Prestipino joined the Ben J. Riepe team in 2019, as a project manager as well as working in press and public relations together with Nassrah. Her focus is production management of all Ben J. Riepe artistic processes and productions. Jessica has recently completed her master’s degree in media cultural analysis with a thesis on the topic of leisure and decelerated ways of working using the example of FREIRAUM. She also takes on more logistic tasks within the BJR team structure from 2023. In addition to her work in the BJR team, Jessica is co-organizer of the feminist concert series fem_pop in Düsseldorf, which regularly takes place at zakk, among other venues.
Project Manager  – Ben J. Riepe
jessica@benjriepe.com
+49 (0)211 158 461 02

Jan Kollenbach studied dance at the Folkwang University of the Arts. During his studies he worked with choreographers and directors such as Iñaki Azpillaga, Marie-Lena Kaiser, Selina Girschweiler and last but not least Ben J. Riepe. Since then he has worked as a dancer, performer, make-up artist and drag queen in the independent performance and queer scene throughout Germany. In 2021 Jan Kollenbach started to work with Ben J. Riepe as project manager of the School of Experience. Since 2022, he is the project manager of FREIRAUM Düsseldorf.
In 2022, Jan was awarded Best Actor at the International Fashion Film Festival Croatia.
Project Manager – FREIRAUM
freiraum@benjriepe.com
+49 (0)211 158 155 83

Jolande Hörrmann studied media and cultural studies in Düsseldorf and Lisbon and graduated with a master’s degree in 2021. She has been part of the BJR team since March 2022. As project manager for digital, she looks after the BJR’s social media channels and website and coordinates the research and implementation for the “Digital Agora” project as part of the FREIRAUM.
Jolande is also co-editor of defrag zine, a feminist print magazine from Düsseldorf.
Project Manager – Digital Projects & Social Media
jolande@benjriepe.com
+49 (0)211 158 461 02 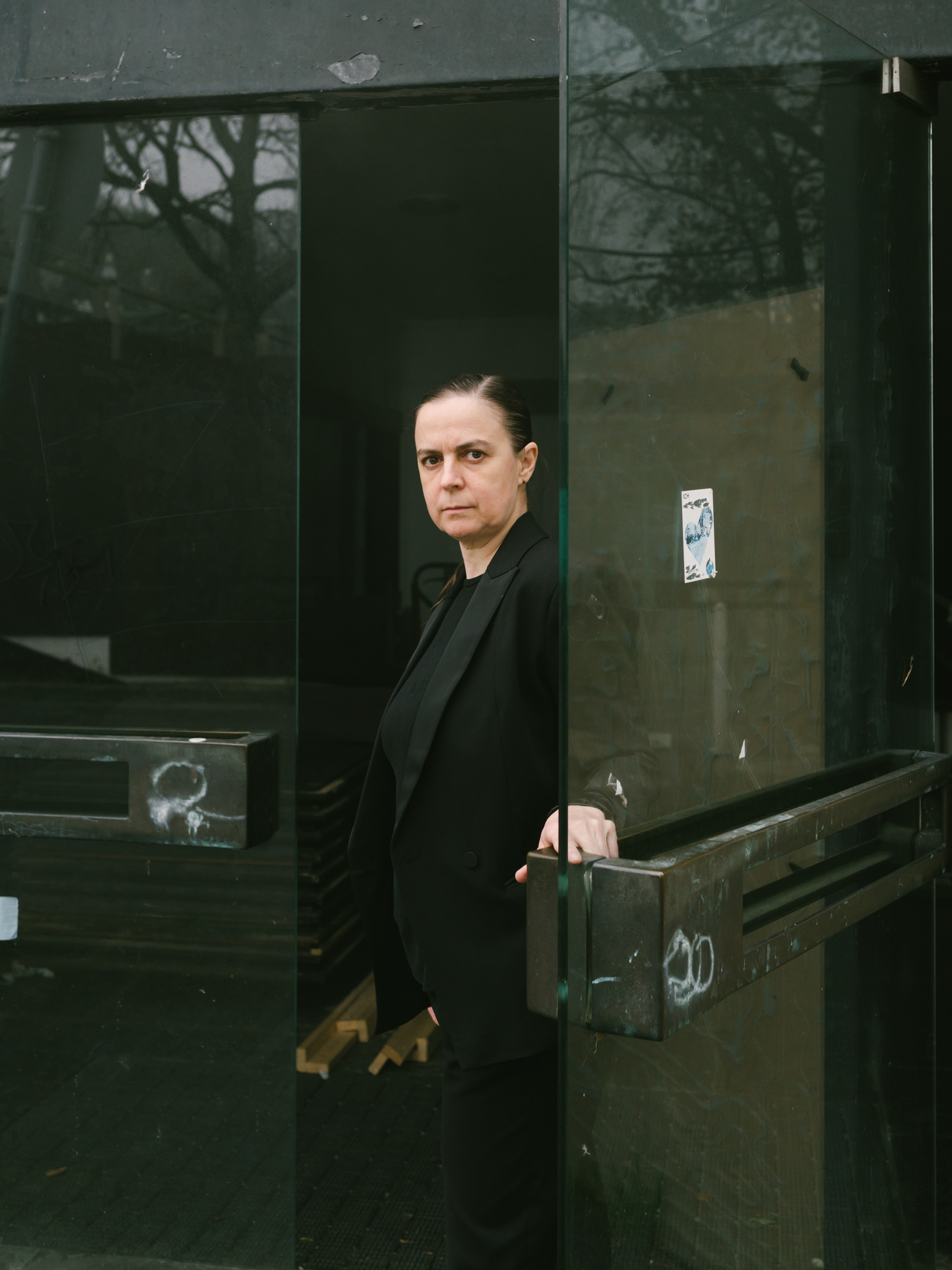 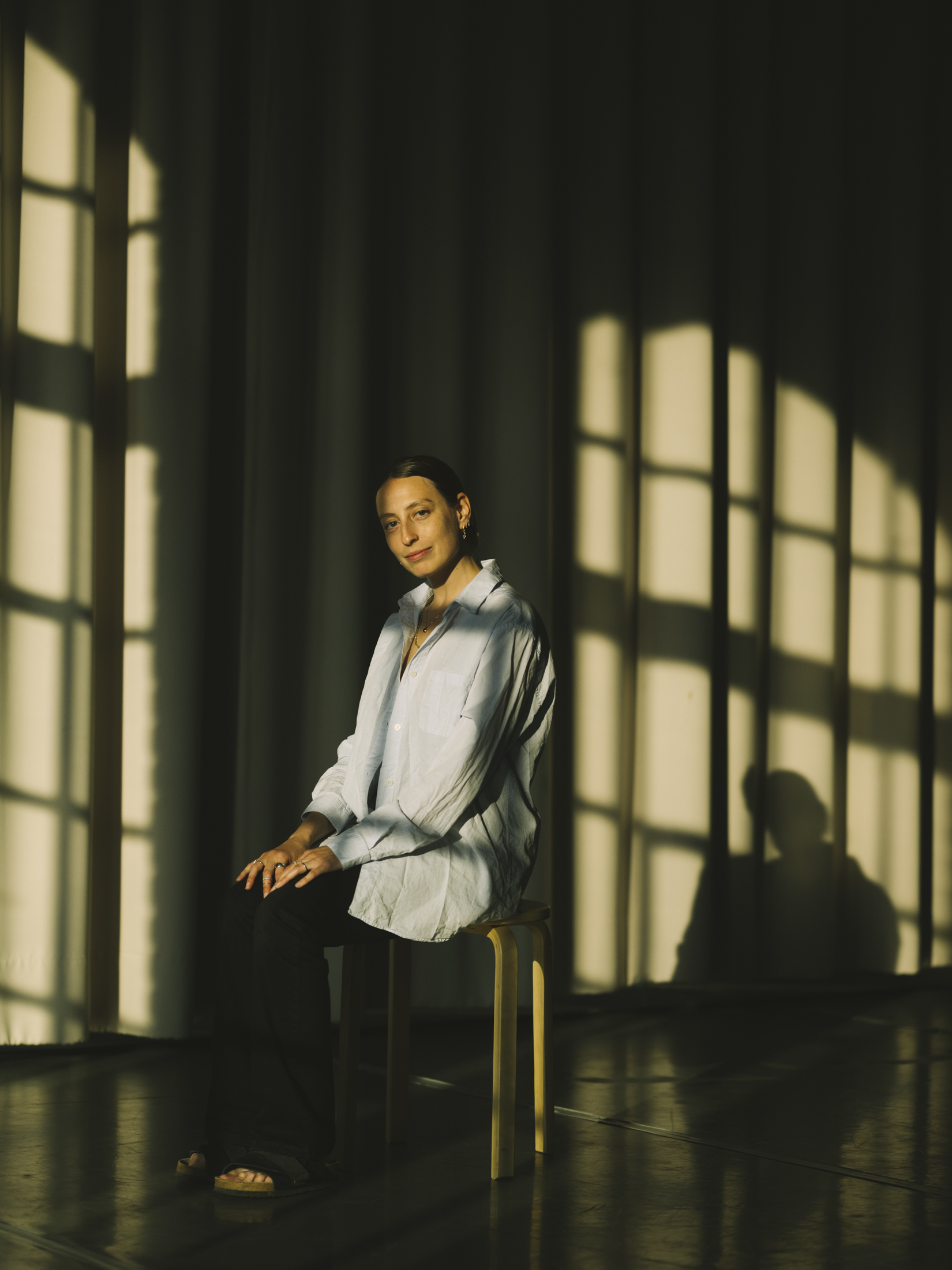 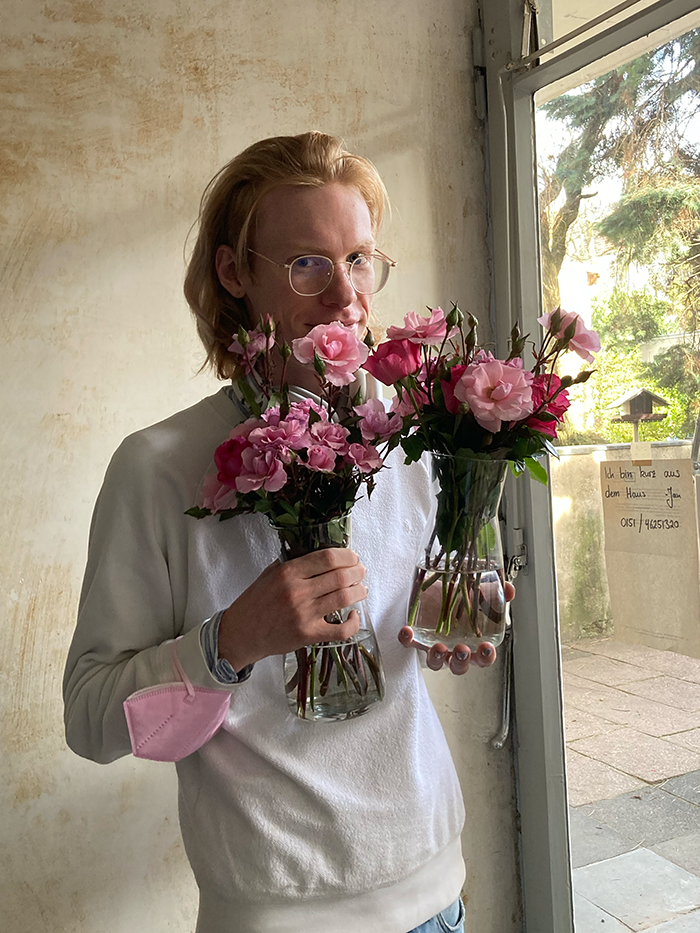 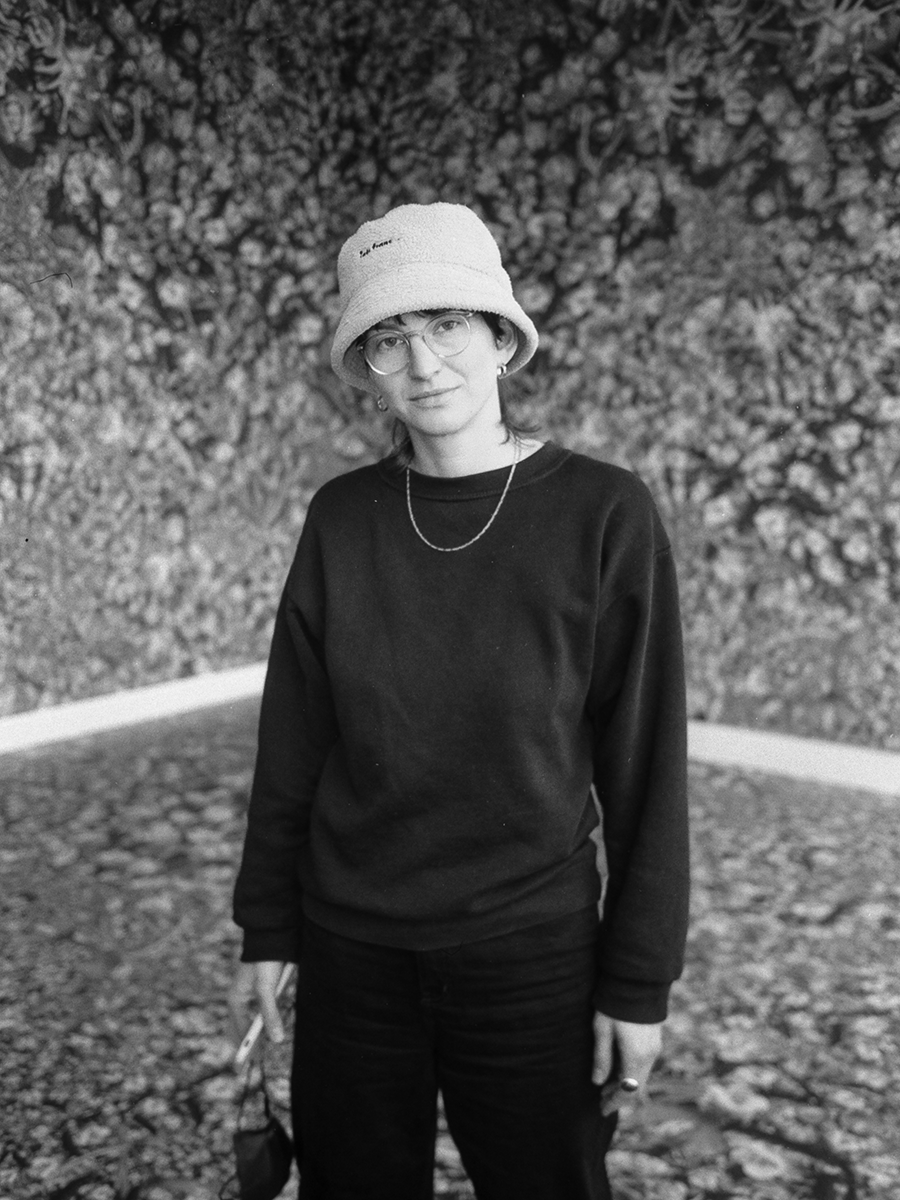