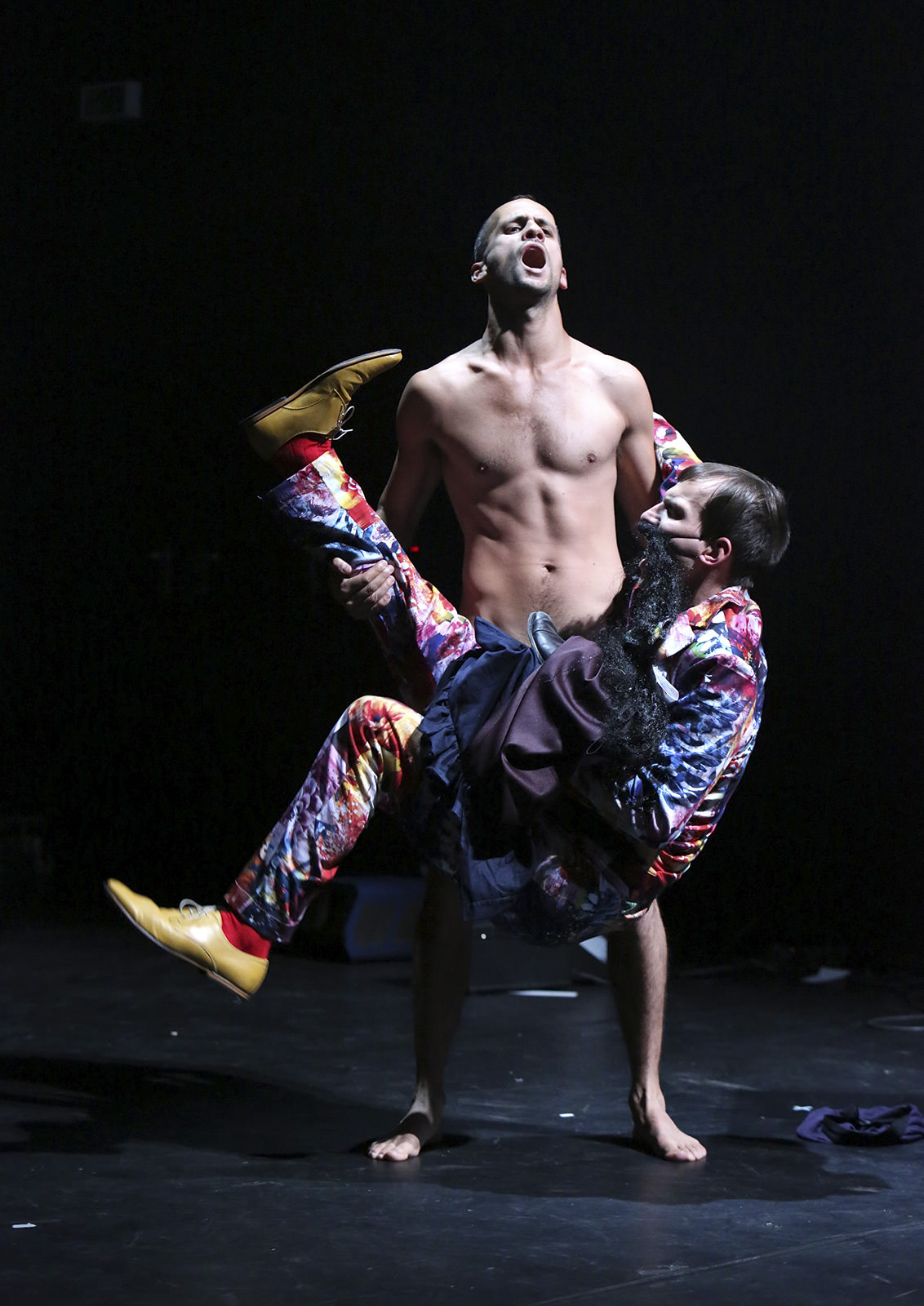 The dernier cri is located at the edges of body and sculpture, space and movement, dance, music and visual arts. As a proverbial saying, “The dernier cri” is closely associated with the world of fashion, where it implies the fancy life and living in the moment. In that world, the body is celebrated and crosses our minds, stylized to an object of desire, as a projection surface of our ideals and wishes. We command it, groom and abuse it, modify and present it. In it, we create and revise identities. In the literal translation “The dernier cri “ turns into the complete opposite: The end, death, the last outcry before the silence in which the body reveals, to a certain extent, the secret of its twofold nature between presence and ephemerality, between life and death. The body now appears as a flaw. It revolts against our perceptions. It is vulnerable and finite.

The human body therefore is at the center of this work. It appears in the theater as the focus of art and reality and serves as an instrument for the dancer on stage. The dernier cri not only strains the boundaries of form, but also creates a memento mori full of “complacent idyll, benign cheerfulness and sublime feeling”. A dernier cri as a memory of beauty and artificiality, of prime and decay. An afterimage which lingers on the retina as after an extreme glare.