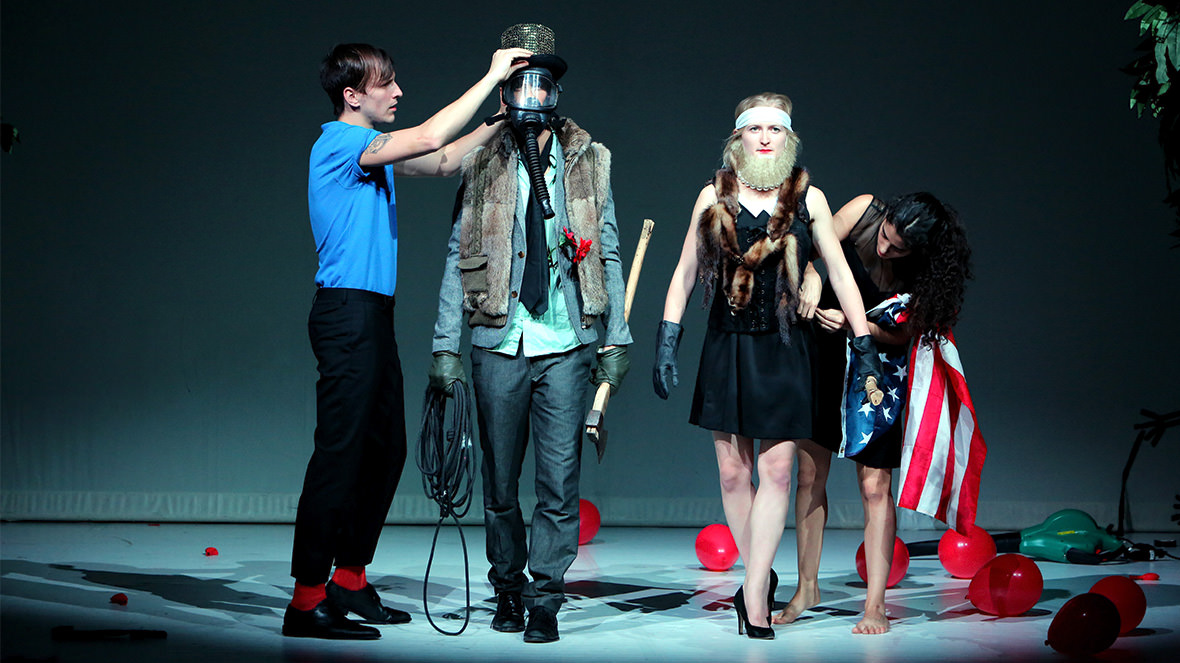 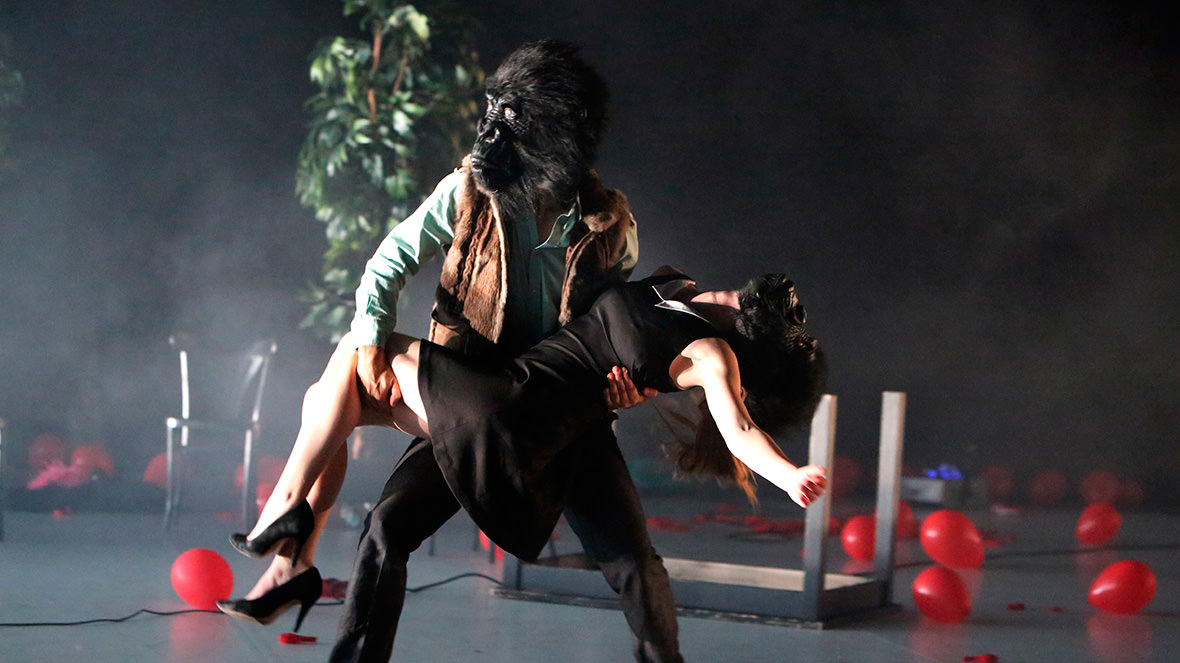 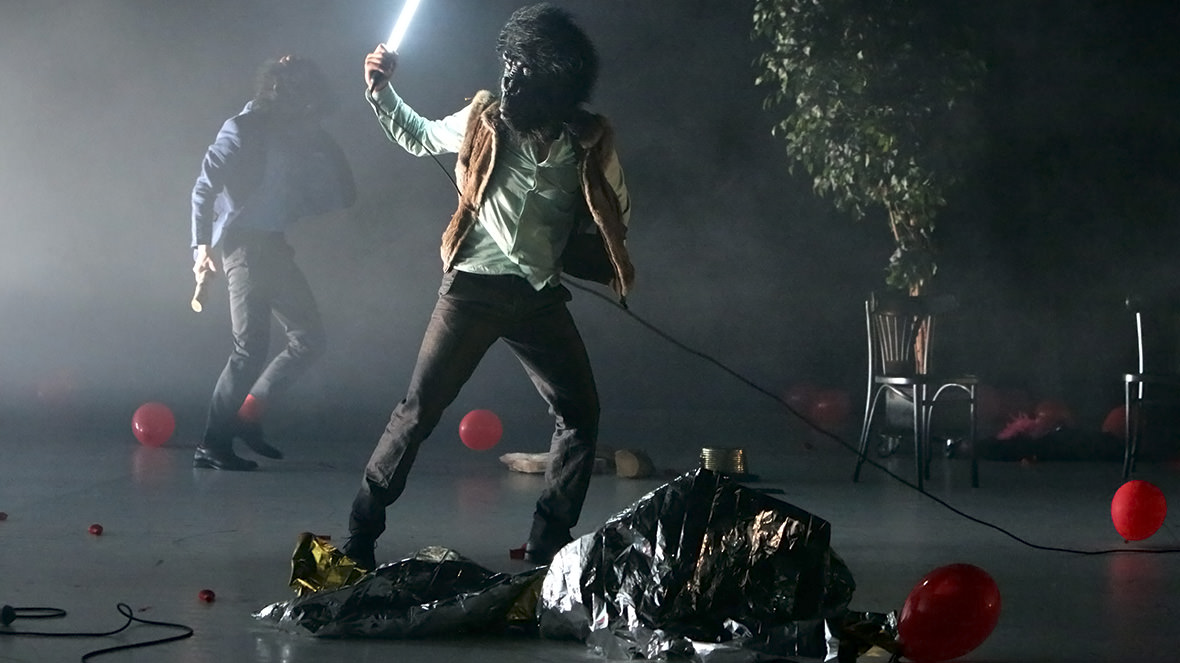 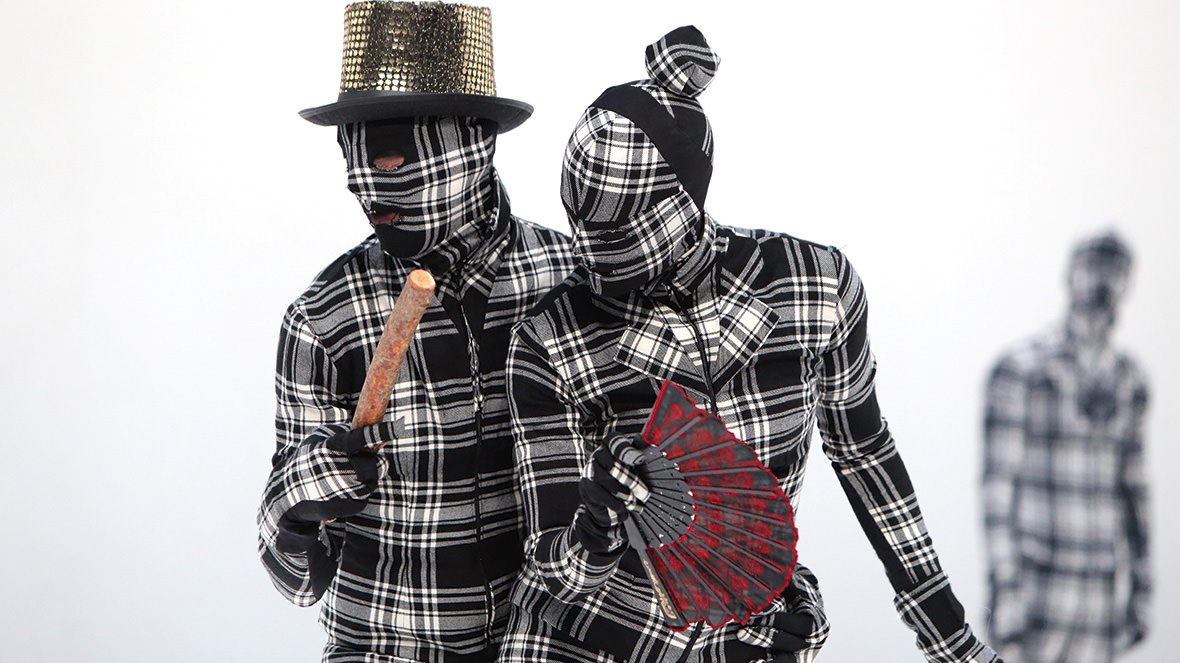 Happy Together is a game of seeing and being seen, a hall of mirrors without vanishing point, a labyrinth of human images. Happy Together deals with the contradictory position of man between nature and culture and shows the body as a combat zone of this double life: the profoundly felt integration in nature in contradiction to a culture which is based on its definition, observation and subjugation. A further inquiry which the body experiences in Happy Together is about its role as a place of longing for beauty, eternity and its decay, as well as a playground filled with wishes, desires, superficialities, hedonism, pop and glamour and their dark sides like shame, guilt and rejection. At times playfully, at times earnestly, the performers navigate through the play. They rebel against the past and create worlds whose consequences they have to bear at the same time. As humans somewhere between Adam and Eve and beings from the future, they search for the answer to the question of how much of the apes can still be found in art.