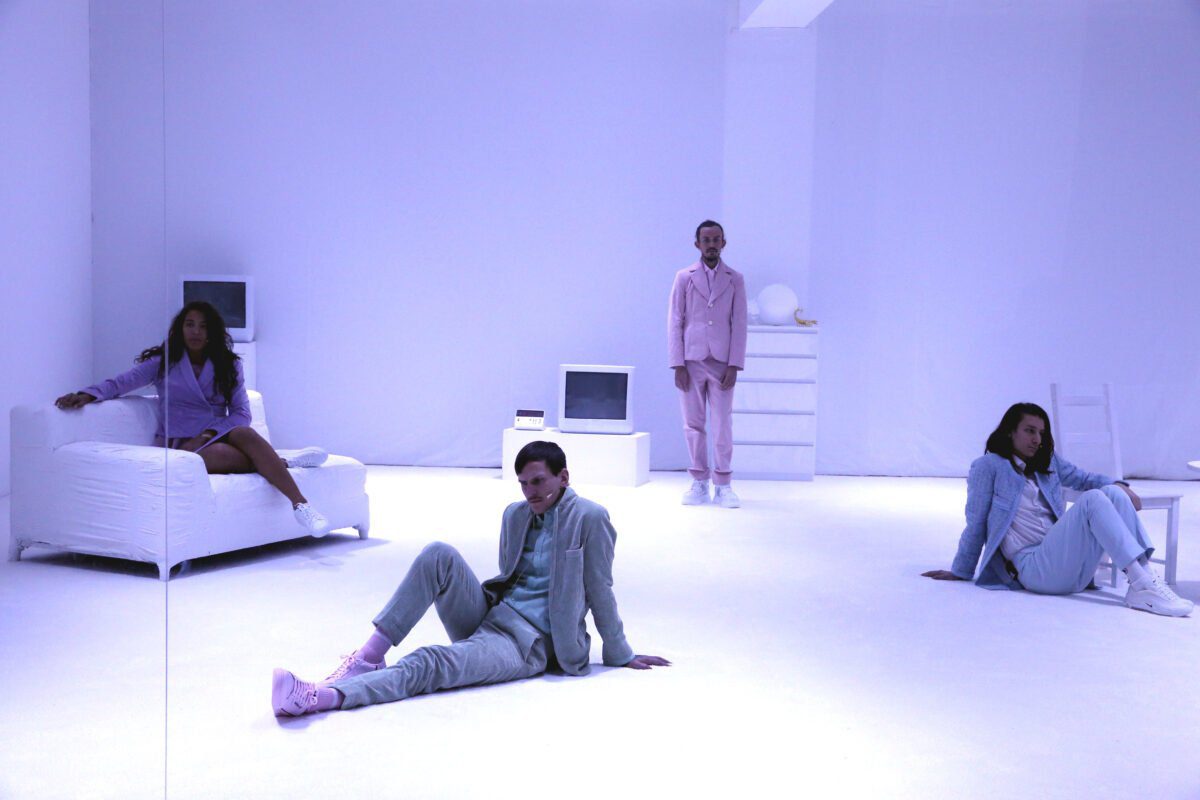 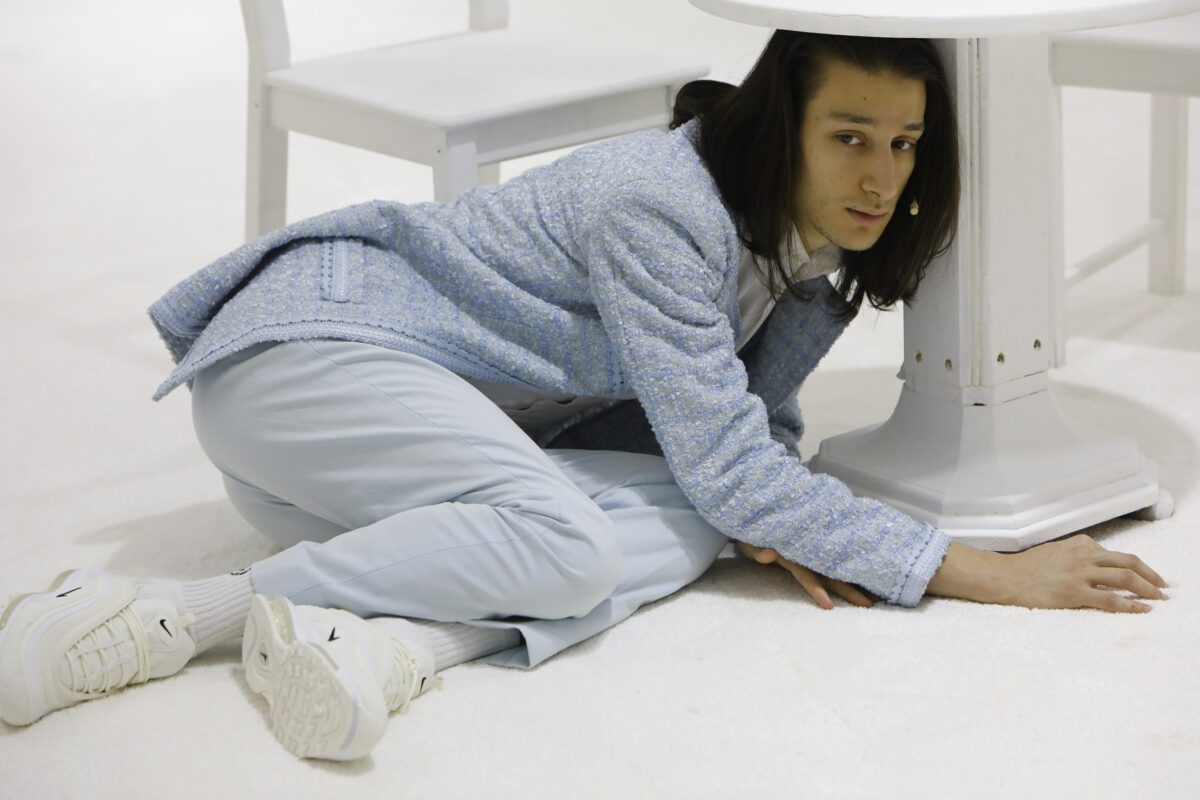 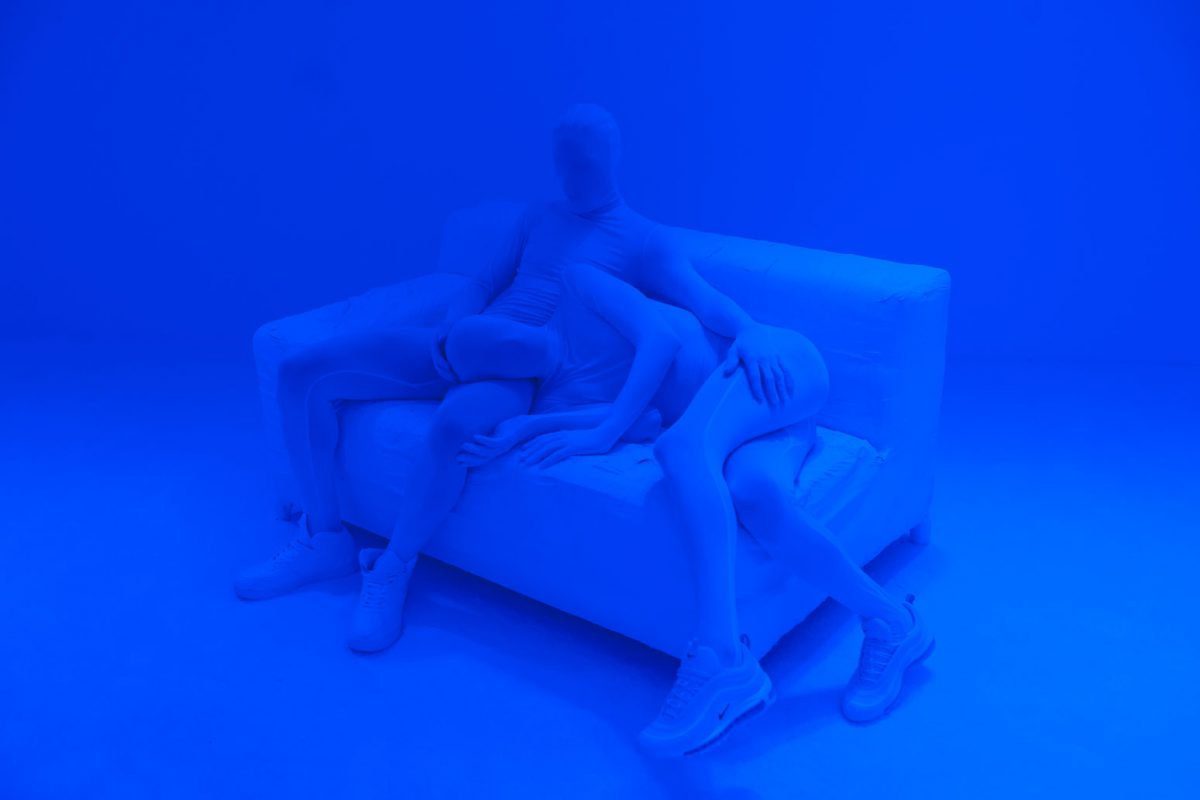 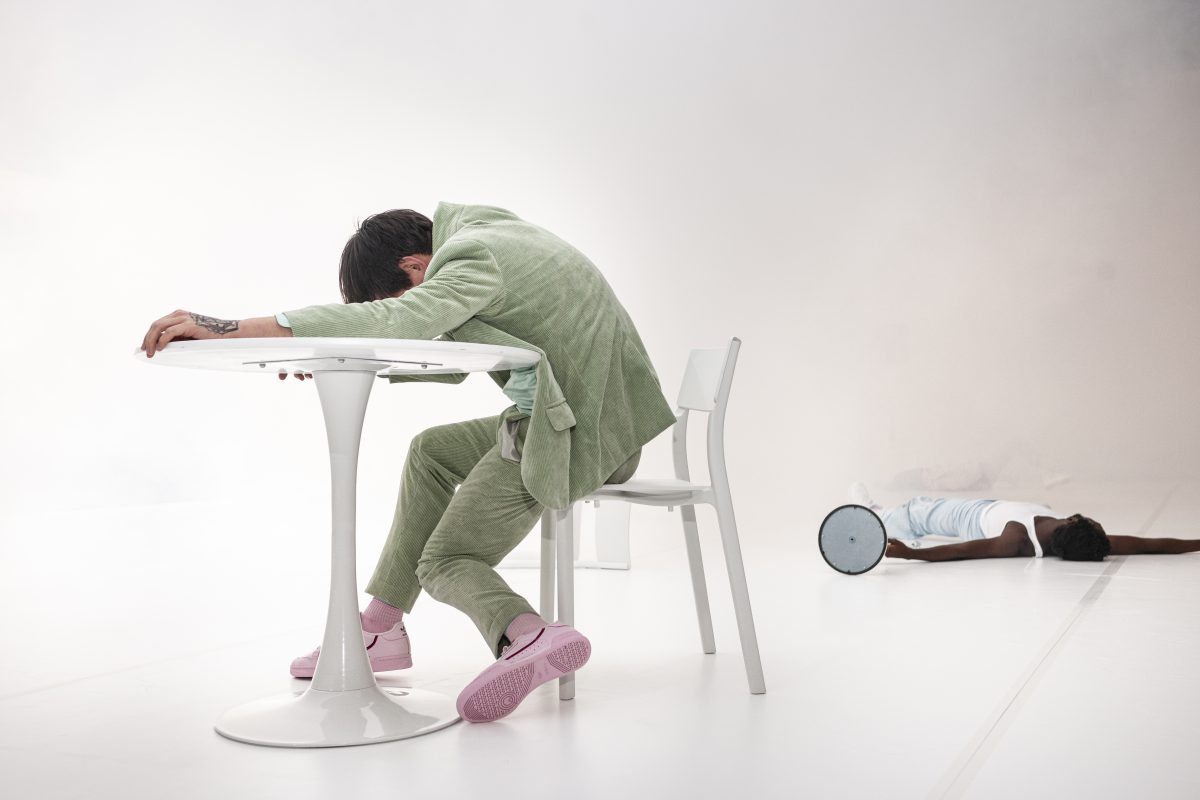 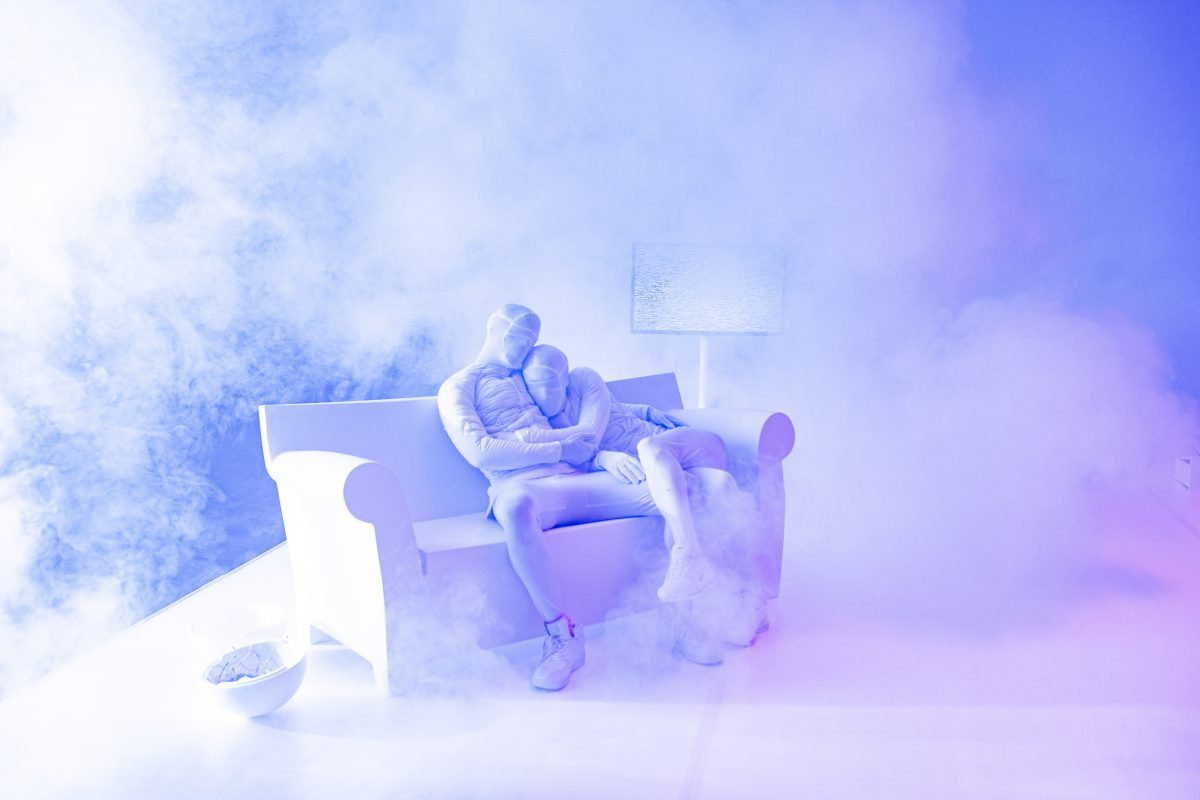 GEISTER_Fragment marks the start of a long ongoing research and series of works delving into the relations of dance, visual arts, music and digitisation as artistic matter. Regarding content, I would like to deal with the dualist apparitions of spirits, together with a wide selection of artists from music, light, space and fashion design as well as with scientists and experts on new technology. Those spirits from the past and spirits from the future, spirits from the underworld, of the conscious and the subconscious plane, spirits of reality, spirits of nature and spirits of surrealism and virtuality. The term “spirits“, in this context, denotes spirits in a sense of something immaterial, something fleeting. The spirit as the force of the matter, as creator of all things elusive, such as thoughts, words, atmosphere, movements, energy, sound and surreal worlds. The spirit as the counterpart to the flesh as the very own substance of human existence. In dealing with this, I am driven by questions such as: Is it possible to create spaces in which one may feel energy? Is it possible to choreograph atmospheres? Atmospheres in which to lose oneself? In which to fall in love? What kind of relations do those atmospheres hold regarding digital spaces? What happens to my body if I am online permanently? What happens to my mind? Is there a fertile connection between human and machine? Which spirits of the past haunt is in this? How do they condition our actions? How can we work with that? Which future spirits may haunt us? How do they shape our everyday behaviour?

GEISTER_Fragment is the initial attempt of an approach towards these questions – with no claim to totality. An open trial to show a direction or to attempt something. A new attempt at mixing the relations of experience and enlivening, of sender and receiver. An attempt to confuse, strengthen and seduce the body-mind relation and everything in between. With this initial attempt, we will move into Kunstraum Düsseldorf with five dancers and create infinite walk-in spaces on-site – infinitely real, surreal and virtual – with monochrome pictures, elusive body/light/ sound/word sculptures, full of action, fake identities and rituals for a tomorrow. Full of experience and enlivening. Sense and nonsense.

Following our stay at Kunstraum Düsseldorf, I would like to wander through different institutions: From Kunstraum into the museum, into the theatre, on to a gallery, into nature and public space, and always also back to someplace. So, the works‘ respective formats might become very diverse, from immersion to classic stage formats. From an installation to a performance, from dance to music theatre, and, most of all, everything in between. It is also very feasible a work emerges at one place only to be refined at another venue or rather to be re-imagined according to the pre-existing economy at this space – the institution. We will see.